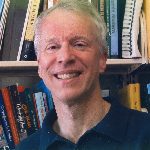 John R. Bowen is the Dunbar-Van Cleve Professor in Arts & Sciences and Professor in Anthropology at Washington University in St. Louis. He studied at Stanford and Chicago, and has held visiting positions in Paris and London. He has been studying Islam and society in Indonesia since the late 1970s, and since 2001 has worked in France, England, and North America on problems of pluralism, law, and religion, and in particular on contemporary efforts to rethink Islamic norms and civil law. His most recent book on Asia is Islam, Law and Equality in Indonesia: An Anthropology of Public Reasoning (Cambridge, 2003). His Why the French Don’t Like Headscarves (Princeton, 2007) concerned current debates in France on Islam and laïcité. Can Islam be French? (Princeton, 2009) treated Muslim debates and institutions in France and appeared in French in 2011. Appearing in early 2012 are A New Anthropology of Islam from Cambridge and Blaming Islam from MIT Press. He also writes regularly for The Boston Review. His current two research projects concern sharia and civil law in England, and Islamic courts and property disputes in Indonesia.