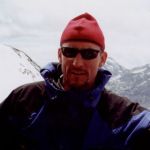 John Wettlaufer is an applied mathematician with enterprises that lie on and sometimes define the boundaries between what are considered more traditional disciplines. He draws together and develops new approaches in applicable mathematics and condensed matter physics, with implications in astrophysical, biophysical, environmental, geophysical, and technological problems. The scales of his interests range from atomic to meters, with implications on much larger scales. Amongst other things he is occupied by the microscopic kinetics in crystal growth, melting and nucleation, pattern formation and the morphological stability of phase boundaries with applications in engineering and natural solidification; static, dynamic, and size effects in melting and wetting; ice biophysical interactions, frost heave dynamics in ice and granular materials; geometric and topological evolution equations for multiphase materials; fluid mechanics; sea ice thermodynamics, and air-sea-ice interactions on geophysical scales. He has spent many months on drifting sea ice, combining visceral and intellectual interests in snow and ice. He has students and collaborators in applied mathematics, astrophysics, geophysics, and physics.

Having begun his undergraduate studies in physics and mathematics at the University of Puget Sound, he went on to complete his Ph.D. at the University of Washington in Seattle, where he worked for many years and where he maintains an Affiliate Professorship in the Department of Physics. In 2002 he moved to Yale where he is presently the A. M. Bateman Professor of Geophysics, Physics, and Applied Mathematics.

As a Guggenheim Fellow he will focus on stochastic and dynamical systems theories of abrupt changes in climate with a particular emphasis on the state and fate of the sea ice cover in the Arctic. He will spend his time at the Mathematical Institute at the University of Oxford, the Department of Applied Mathematics and Theoretical Physics at the University of Cambridge and at the Nordic Institute for Theoretical Physics in Stockholm.