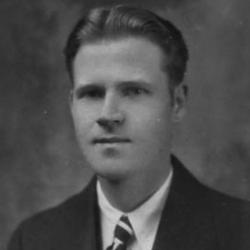 Fellow from the United States to Latin America:

Lanning, John Tate:  Appointed to complete, in various Mexican and South American libraries, a study of the universities of the Hispanic colonies of the New World, with special reference to their place in the development of the Hispanic-American mind and culture, and in the preliminaries of the wars of independence; tenure, twelve months from August 1, 1930.