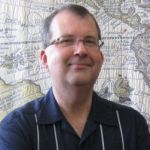 John Watkins is Distinguished McKnight University Professor of English at the University of Minnesota, where he holds affiliate appointments in History, Medieval Studies, and Italian Studies.  He co-chairs the Institute for Global Studies’ Research Collaborative on the Mediterranean, North Africa, and the Middle East.  After graduating from Indiana University, Watkins completed an M.Phil. in Renaissance literature as a Marshall Scholar at Oxford.  He then received his Ph.D. from Yale.  He is the author of several books and numerous articles dealing with problems of historiography; cultural and diplomatic exchanges between England and the Mediterranean; and the medieval underpinnings of early modernity:  The Specter of Dido:  Spenser and Virgilian Epic (Yale); Representing Elizabeth in Stuart England (Cambridge); and with historian Carole Levin, Shakespeare’s Foreign Worlds:  National and Transnational Identity in the Elizabethan Age (Cornell). As a Guggenheim Fellow, Watkins is completing a book project on interdynastic marriage in European peacemaking from the late Middle Ages to the end of the seventeenth century.  The project first examines the literary and religious culture that turned marriage into a possible means of allaying violence.  It then assesses the international society such marriages created in terms of shared values, beliefs, aesthetics, and cultural practices.  Chapters on medieval chronicles and romances; Renaissance pastoral; Shakespeare, Racine, and Corneille; and the first European novels address the roles interdynastic marriages created for women as brides, negotiators, and bearers of their families’ aggression.  Later chapters examine the marriage system's erosion in the wake of nationalist suspicions of foreign alliances.