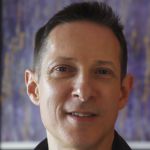 Jon Marans' work includes The Temperamentals,  produced by Daryl Roth and Stacy Shane, which ran for over eight months Off-Broadway at the Barrow Group Theater and at New World Stages. The Temperamentals  was nominated for both the Lucille Lortel and the Outer Critics Circle Award for Outstanding New Off-Broadway play and Mr. Marans was nominated for the John Gassner Award.  It was a 2012 American Library Association Stonewall Honor Book in Literature.  The entire cast won the Drama Desk Award for Best Ensemble and Michael Urie won the Lucille Lortel Award for Outstanding Lead Actor.  Mr. Marans’ play Old Wicked Songs was a Pulitzer Prize Finalist for Drama, included in Otis Guernsey's Best Plays of 1996–1997, and won the New York Drama League Award (including play and both actors). It was first presented by the Walnut Street Theatre, then in New York City by the Barrow Group, and then moving (produced by Daryl Roth and Jeffrey Ash) to the Promenade Theater where it ran for a season. In England, Old Wicked Songs started at the Bristol Old Vic, transferring to London's West End at the Gielgud Theater starring Bob Hoskins and James Callis. The play has been produced throughout the U.S. and has been translated and produced in over a dozen countries. Other produced shows include A Strange and Separate People  at the Penguin Rep in Stony Point, New York, and Studio Theater/Theater Row, New York City (it is a  2012 Lambda Literary Award Finalist),  Jumping for Joy at the Laguna Playhouse and the International Adelaide Theater Festival,  Legacy of the Dragonslayers  at the San Jose Rep (book by Jon Marans, lyrics by Ronnie Gilbert), Irrationals at the Village Theater and ATA, New York City (book and lyrics Jon Marans, music by Edward Thomas),  The Cost of the Erection at the Blank Theatre in Los Angeles,  A Raw Space at the Bristol Riverside Theatre, and the one-act play A Girl Scout World at the Bloomington Playwrights Project.   In film, Jon Marans and Yuri Sivo were hired by Universal Pictures/Tribeca Productions to write a political/war screenplay based on Roy Rowan's acclaimed book Chasing the Dragon, which takes place in 1947 China, in the middle of that country's civil war.  Mr. Marans is a graduate of Duke University in mathematics with a minor in music and is currently rewriting the book to the musical Paint Your Wagon for the Fifth Avenue Theatre in Seattle.   His play The Temperamentals is currently in film development with Daryl Roth Productions.