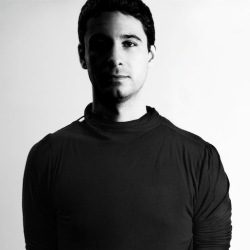 Jonah Bokaer has cultivated a new form of choreography with a structure that relies on visual art and design. His aim is to transform notions of how the public views and understands dance. Bokaer has been active as a choreographer since 2002. He has created over 55 works in a wide range of mediums, such as film, opera, applications, and installation, in a variety of venues, ranging from stages, to museums and galleries. He works internationally, exhibiting and touring worldwide.