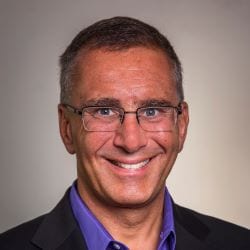 Dr. Jonathan Gruber is the Ford Professor of Economics at the Massachusetts Institute of Technology, the Director of the Health Care Program at the National Bureau of Economic Research, and the former President of the American Society of Health Economists.  He has published more than 175 research articles, has edited six research volumes, and is the author of Public Finance and Public Policy, a leading undergraduate text, Health Care Reform, a graphic novel, and Jump-Starting America: How Breakthrough Science Can Revived Economic Growth and the American Dream.  In 2006 he received the American Society of Health Economists Inaugural Medal for the best health economist in the nation aged 40 and under. He served as Deputy Assistant Secretary for Economic Policy at the Treasury Department. He was a key architect of Massachusetts' ambitious health reform effort, and became an inaugural member of the Health Connector Board, the main implementing body for that effort.  He served as a technical consultant to the Obama Administration and worked with both the Administration and Congress to help craft the Affordable Care Act.  In 2011 he was named “One of the Top 25 Most Innovative and Practical Thinkers of Our Time” by Slate Magazine. Photo Credit: MIT Department of Economics