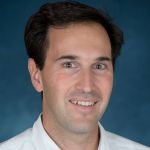 Jonathan Levin is a Professor of Economics at Stanford University, where he is currently the Holbrook Working Professor of Price Theory and Chair of the Department of Economics. He also holds an appointment in the Stanford Graduate School of Business. Levin's research is in industrial organization, the field of economics that studies imperfect competition and market structure, the design of market rules and regulations, and the organization of firms. He has received a number of awards, including the Dean's Award for Teaching at Stanford, and the American Economic Association's John Bates Clark Medal as the outstanding economist under the age of forty. He was named a Young Global Leader by the World Economic Forum in 2012. He plans to use his Guggenheim Fellowship to study the role of competition in healthcare systems.