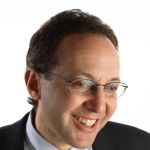 Jonathan Weiner majored in English at Harvard. He learned to write about science in the early 1980s while working at the magazine The Sciences. In 1985, Jonathan left the magazine to write his first book, Planet Earth, the companion volume to a seven-part PBS television series. He spent twenty years as an independent writer, and joined the School of Journalism in 2005.

Jonathan’s books include The Beak of the Finch, winner of both the Pulitzer Prize for General Non-Fiction and the Los Angeles Times Book Prize for Science; Time, Love, Memory, winner of the National Book Critics Circle Award for General Nonfiction, and finalist for the Aventis Science Prize; and His Brother's Keeper, finalist for Los Angeles Times Book Prize. He has written for theNew Yorker, the New York Times Magazine, the New Republic, and many other newspapers and magazines. In 2000 and 2001, he served as Rockefeller University’s first Writer in Residence. Since 2005, he has taught as a professor at Columbia University's Graduate School of Journalism.