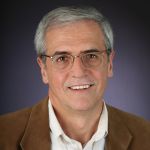 Jorge Ricardo Ponte received his graduate education in Architecture at the University of Mendoza in Argentina. Between 1992 and 1994, Mr. Ponte held a position as the Head of the Department of Urban Planning and Environmental Management of the City of Mendoza, Argentina.

After defending his Ph.D. dissertation at the École des Hautes Études en Sciences Sociales de Paris (EHESS) in 1998, his academic career has alternated between phases of work in three distinct lines of research. First, Urban History: Mr. Ponte graduated in Latin American History at the Université de la Sorbonne Nouvelle, Paris III, France, in 1995. Second, Urban Sociology: Mr. Ponte earned a diploma in Restoration of Monuments and History of Architecture from the Universitá degli Studi di Firenze in Florence Italy. Third, Architectural Heritage Restoration: Mr. Ponte was a delegate of the National Commission of Museums, Monuments and Historical Sites of Argentina as a restorer of historical buildings and named honorary adviser from 1985 to 1994 and from 2009 until our present day.

The main focus of Mr. Ponte’s research and publications over the years involves the interrelations and cross-fertilizations among historical and cultural processes and expanses of land. In other words, Mr. Ponte connects historical, social, and geographical development in very precise ways in order to clarify current situations in long-term geo-historical studies.

Since the year 2000 Mr. Ponte has been working and developing new approaches within Argentina’s scientific fields by consolidating a corpus of historical documents, and by restoring and digitalizing maps to improve their graphic quality and thus secure an accurate interpretation.

Some of Mr. Ponte published works include sociological books such as The Fragility of Memory. Representations, Press and Power in a Latin American City during Modern Times. Mendoza 1885-1910, as well as other case studies of micro-history such as El Carmen. A Hospital for Philanthropy and From the Indian Chiefs of Water to a Canalized City. Five Centuries of History of Water Canals and Windmills and the second illustrated edition of the book Mendoza, that old Mud-made Town. History of an Andean City from the Sixteenth Century to Our Present Days, among other acclaimed publications.

During various phases of his academic career, Mr. Ponte has collaborated with and benefitted from the mentorship of philosopher Arturo Andrés Roig, architect Jorge Enrique Hardoy, and historian Bernard Lepetit.

As of today, Jorge Ricardo Ponte is a full-time researcher at CONICET (National Council for Scientific and Technical Research of Argentina), where he continues to not only further develop his groundbreaking studies but to share his experience with newer generations.