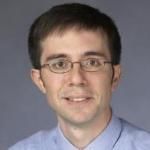 Jorge Villavicencio Grossmann's music has been performed throughout the United States, Latin America, and Europe. His works find inspiration in a wide range of subjects, from medieval music to Latin American modern art. He has been a recipient of the Aaron Copland Award, Charles Ives Scholarship from the American Academy of Arts and Letters, a fellowship from Vitae-Associação de Apoio à Cultura (Brazil), Nevada Artist Fellowship, and grants from the American Music Center, St. Botolph Club Foundation, and Meet the Composer. His orchestral work Pasiphaë has gained recognition as the winner of the Jacob Druckman Award from the Aspen Music Festival and the New England Philharmonic Call for Scores. His residencies include the Copland House, MacDowell Colony (Norton Stevens Fellow), and Atlantic Center for the Arts. His music has been commissioned by the Nevada Music Teachers Association, ALEA III, and the Henderson Symphony Orchestra. He has been composer-in-residence at SLAM (Seattle Latin American Music Festival), and has appeared as guest composer in the Festival Internacional de Chihuahua (Mexico) and the Festival Internacional de Música Clásica Contemporánea (Lima, Peru). His works have been part of new music festivals in The Hague (Netherlands), Asunción (Paraguay), Monterrey (Mexico), and Archipel Music Festival in Geneva (Switzerland) along with festivals and conferences in the U.S. He has been a fellow at the Composers Conference at Wellesley College, June in Buffalo, Aspen Music Festival, and Domaine Forget.

Jorge Villavicencio Grossmann studied violin and composition in his native Lima, Peru and subsequently in São Paulo, Brazil. After moving to the U.S. in 1998, he studied composition with Fredrick Kaufman, John Harbison, and Lukas Foss. In 2004 he obtained a D.M.A. in composition at Boston University and joined the faculty at the University of Nevada, Las Vegas, later becoming co-director of N.E.O.N., Nevada Encounters of New Music. He is currently assistant professor of music composition at Ithaca College. He is the son of Marino Villavicencio Núñez, a former Guggenheim Foundation fellow in Molecular and Cellular Biology (1962).