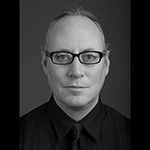 Joseph Harrison was born in Richmond, Virginia, grew up in Virginia and Alabama, and studied at Yale and Johns Hopkins.  His first book of poems, Someone Else's Name, was published by the Waywiser Press in the United Kingdom in 2003, and by Zoo Press in the U.S. in 2004. It was named as one of five recommended poetry books for 2004 by the Washington Post, and was a finalist for the 2005 Poets' Prize.  In 2005 he received an Academy Award in Literature from the American Academy of Arts and Letters.  His second book of poems, Identity Theft, was published by Waywiser (in the U.S. and the U.K.) in 2008.

His poems have appeared in such anthologies as Best American Poetry 1998, 180 More Extraordinary Poems for Every Day, the Library of America's American Religious Poetry, the Penguin Pocket Anthology of Poetry, and The Penguin Pocket Anthology of Literature, and in many journals.  In 2008, he co-edited, with the translator Damiano Abeni, and wrote the introduction for Un mondo che no puo essere migliore (Luca Sosella), a selection of John Ashbery's poetry.

Since 2004 he has served on the editorial board of the Waywiser Press, where he is now Senior American Editor.  He lives in Baltimore.

He will spend parts of his Fellowship year in England and in Italy, working on poems for a third collection.