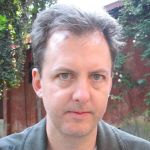 Joseph Slaughter teaches and publishes in the fields of postcolonial literature and theory, African, Caribbean, and Latin American literatures, postcolonialism, narrative theory, human rights, and twentieth-century ethnic and third world literatures. His many publications include articles on the narrative foundations of human rights in Human Rights Quarterly, "Humanitarian Reading" in Humanitarianism and Suffering, torture and Latin American literature in Tulsa Studies in Women's Literature, ethnopsychiatry, Nigerian literature, and globalization in African Writers and Their Readers, colonial narratives of invoice in Emerging Perspectives on Chinua Achebe, city space and the national allegory in Research in African Literatures, human rights, multiculturalism, and the contemporary Bildungsroman in Politics and Culture, a short story translation of Argentine Elvira Orphée's "Descomedido" in The Southwest Review, as well as a co-authored article on contemporary epistolary fiction and women's rights in Women, Gender, and Human Rights. His essay, "Enabling Fictions and Novel Subjects: The Bildungsroman and International Human Rights Law," appeared in a special issue on human rights of PMLA (October 2006) and was honored as one of the two best articles published in the journal in 2006-07; another, "The Textuality of Human Rights: Founding Narratives of Human Personality," was named a winner in the Interdisciplinary Law and Humanities Junior Scholar Workshop held at UCLA in 2004. He has co-edited a special issue on "Human Rights and Literary Form" of Comparative Literature Studies. His book, Human Rights, Inc.: The World Novel, Narrative Form, and International Law (Fordham UP, 2007), which explores the narrative logics and cooperative social work of international human rights law and the Bildungsroman, was awarded the 2008 René Wellek prize for comparative literature and cultural theory.

Joseph Slaughter is currently at work on “New Word Orders: Intellectual Piracy and the Globalization of the Novel,” a book-length project that examines the role of piracy, plagiarism, counterfeiting, and other intellectual property crimes in the development and diffusion of the novel as a world literary form. The last thirty years have seen increased tightening in international copyright protection, even as mass copyright violations have exploded and a postmodern aesthetic has claimed practices of appropriation as matters of free speech. “New Word Orders” reads the development of the novel through the disparaged practice of plagiarism from its beginnings in seventeenth-century Europe to its transformation in the contemporary Global South, and it argues for the particular import of this genealogy in our increasingly unliterary “Information Age.” Taking account of the constitutive role that intellectual property trafficking has played in the development of the novel, this book seeks not only to challenge the dominant ethnocentric models of “world literature”—which typically see “non-Western” literature as merely a reaction to the European canon; it also seeks to understand the place of illicit practices in the techniques and aesthetics of globalization more generally. The project raises questions about authorship, originality, intertextuality, and intellectual property that are critical to both international human rights law and international trade agreements in our contemporary era of cultural-economic globalization.

Joseph Slaughter is an Associate Professor of English and Comparative Literature at Columbia University.