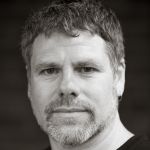 Joshua Weiner is the author of three books of poetry, most recently, The Figure of a Man Being Swallowed by a Fish, published by University of Chicago Press in spring 2013.  He is also the editor of At the Barriers: On the Poetry of Thom Gunn (also from Chicago), and the poetry editor of Tikkun magazine.  The recipient of a Whiting Writers’ Award and the Rome Prize from the American Academy of Arts and Letters, he holds the Amy Lowell Poetry Traveling Scholarship for 2012-13, and is living in Berlin.  His poems and essays have appeared in Best American Poetry, The New York Review of Books, The Nation, The American Scholar, Chicago Tribune, The New Republic, Threepenny Review, Poetry, Washington Post, Slate, and elsewhere.   He is professor of English at the University of Maryland, and lives with his family in Washington DC.