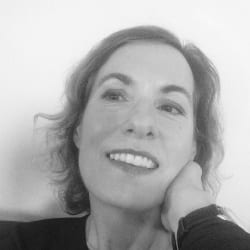 Joyce E. Chaplin is currently the James Duncan Phillips Professor of Early American History at Harvard University. She was born in Northern California, just as the high tech of Silicon Valley was uprooting an earlier agricultural economy, which may be why she is always interested in the ways that people and nature mix, or try to, or fail to. She earned her BA from Northwestern University and her MA and PhD from the Johns Hopkins University. A former Fulbright Scholar to the United Kingdom, she has taught at six different universities on two continents, a peninsula, and an island, and in a maritime studies program on the Atlantic Ocean. An award-winning author, her major works include An Anxious Pursuit: Agricultural Innovation and Modernity in the Lower South, 1730-1815 (1993), Subject Matter: Technology, the Body, and Science on the Anglo-American Frontier, 1500-1676 (2001), The First Scientific American: Benjamin Franklin and the Pursuit of Genius (2006), Round about the Earth: Circumnavigation from Magellan to Orbit (2012), and (with Alison Bashford) The New Worlds of Thomas Robert Malthus: Rereading the Principle of Population (2016). She is the editor of Benjamin Franklin's Autobiography: A Norton Critical Edition (2012) and of Thomas Robert Malthus, An Essay on the Principle of Population: A Norton Critical Edition (2017), also coeditor of Food in Time and Place (2014). Her reviews and essays have appeared in the Times Literary Supplement, the New York Times Book Review, the London Review of Books, the Wall Street Journal, and Aeon. She has curated exhibitions at Harvard University and Brown University, and has appeared in several documentary films, plus podcasts. Her written work has been translated into French, Japanese, Korean, Portuguese, Estonian, and, forthcoming, into Turkish and Chinese.

As a Guggenheim Fellow, Chaplin will work on two connected projects: a database of manuscript notations about weather and climate in early American almanacs, and a book, “The Franklin Stove: Heat and Life in the Little Ice Age,” about settler colonialism, resource conservation, and climate change.