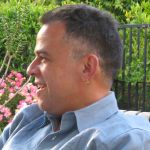 He has been an invited speaker or lecturer at a number of highly respected institutions, including Harvard University; the Latin American Studies Association; the National University of Rosario, Argentina; University of California, Berkeley and Casa de las Américas in Havana, Cuba, among others.