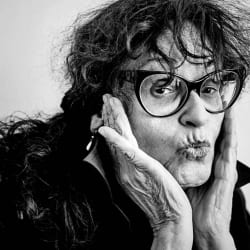 For over forty years, New York based artist Judith Bernstein (b. 1942 Newark, NJ) has created expressive drawings and paintings that boldly address the underlying psychological connection between warfare and sexual aggression. Her provocative pieces have direct impact yet also carry nuanced meanings and allusions. As a student at Yale in the ‘60s, Bernstein developed a fascination with the graffiti she found in men’s restrooms, images that would later inform the basis of her work. Within these crude sexual scrawling’s, Bernstein discovered a window into the male subconscious as well as her own.