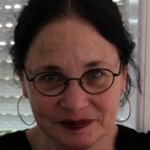 Judith F. Kroll is Distinguished Professor of Psychology, Linguistics, and Women’s Studies and Director of the Center for Language Science at Pennsylvania State University. She completed her undergraduate degree at New York University and graduate degrees at Brandeis University. She held faculty positions at Swarthmore College, Rutgers University, and Mount Holyoke College before joining the Penn State faculty in 1994. The research that she and her students conduct concerns the way that bilinguals juggle the presence of two languages in one mind and brain. Their work, supported by grants from the National Science Foundation and the National Institutes of Health, shows that bilingualism provides a tool for revealing the interplay between language and cognition that is otherwise obscure in speakers of one language alone. She is a Fellow of the American Association for the Advancement of Science, the Association for Psychological Science, the American Psychological Society, and the Society of Experimental Psychologists. She was one of a group of founding editors of the journal Bilingualism: Language and Cognition (Cambridge UP), and one of the founding organizers of Women in Cognitive Science, a group developed to promote the advancement of women in the cognitive sciences and supported by the National Science Foundation. Together with Professors Paola Dussias and Janet van Hell, she is the PI on a PIRE grant (Partnerships for International Research and Education) from the National Science Foundation to develop an international research network and program of training to enable language scientists at all levels (undergraduate, graduate, and postdoctoral) to pursue research abroad on the science of bilingualism.  During the Guggenheim Fellowship, she will examine the consequences of second-language learning and bilingualism for the native language. Her husband, David A. Rosenbaum, a Distinguished Professor of Psychology at Penn State, was awarded a Guggenheim Fellowship in 2012, deferred to 2013–2014, so that they could spend a sabbatical year together at the University of California, Los Angeles.