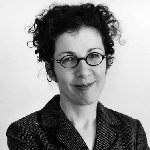 Judith Pascoe, a Professor of English at the University of Iowa, writes about loss and longing. In Romantic Theatricality: Gender, Poetry, and Spectatorship (Cornell UP, 1997), she wrote about the forgotten career of Mary Robinson, an actor, poet, novelist, and scandal magnet. In The Hummingbird Cabinet: A Rare and Curious History of Romantic Collectors (Cornell UP, 2006), she showed how romantic poetry incited readers to steal sprigs from Wordsworth’s garden and to enshrine locks of Keats’s hair. Most recently, in The Sarah Siddons Audio Files: Romanticism and the Lost Voice (University of Michigan P, 2011), she sought to recreate the voice of the most renowned actor of the romantic period, to rescue Siddons’s remarkable vocal performances from the noise of history. In each instance, she excavated a lost romantic-era artifact, disclosed a larger cultural longing, and forged connections between romantic poets’ pursuits and the ephemeral obsessions of the culture at large.

Her current project, “Wuthering Heights in Japan,” originated during her tenure as a Fulbright Lecturer in Japan, where she discovered a proliferation of Japanese re-imaginings of Emily Brontë’s iconic novel. During her term as a Guggenheim fellow, Pascoe will be focusing on Japanese Brontë enthusiasts and Japanese versions of Wuthering Heights in order to address a wide spectrum of larger questions: How do literary works cross over from one culture into another? What gets added (rather than lost) in translation? How can the process of foreign language acquisition (even when it is belated and imperfect) enhance critical acuity?

At the University of Iowa, Judith Pascoe teaches classes on British romantic literature and culture and on the eighteenth-century novel. In one of her favorite classes, students read Clarissa over the course of an entire semester, an experience she describes in “Before I Read Clarissa I Was Nobody: Aspirational Reading and Samuel Richardson’s Great Novel.” She also teaches a graduate class on the politics of critical style, which became a focus of interest as she was writing The Hummingbird Cabinet. In that study, she used a nonlinear and disjunctive narrative to dramatize the fragmentary nature of collectors’ remains. In The Sarah Siddons Audio Files, she composed micro-chapters to communicate the halting and exuberant nature of her journey of discovery.