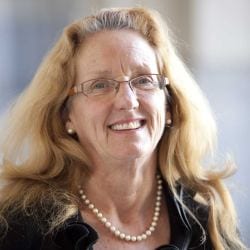 Julia Clancy-Smith is a Regents Professor of History at the University of Arizona, Tucson. She obtained the PhD in History from UCLA and the MA as well as the BS in Foreign Service from Georgetown University. She is the author of: Mediterraneans: North Africa and Europe in an Age of Migration, c. 1800-1900 (University of California Press, 2010) and Rebel and Saint: Muslim Notables, Populist Protest, Colonial Encounters (Algeria and Tunisia, 1800-1904) (California, 1994) as well as the co-editor and author of Walls of Algiers: Narratives of the City in Text and Image (Los Angeles: Getty Research Institute, 2009) and Domesticating the Empire: Languages of Gender, Race, and Family Life in French and Dutch Colonialism, 1830-1962 (The University Press of Virginia, 1998). She recently published an Occasional Paper with the Georgetown Press (2014), Tunisian Revolutions: Reflections on Seas, Coasts, and Interiors, and co-authored The Middle East and North Africa: A History in Documents (Oxford, 2013), which won the first Middle East Studies Association “Education Book Award.” Clancy-Smith is currently completing a co-authored text entitled, North Africa: from Carthage and Queen Dido to the Arab Spring (Cambridge, 2018) and a monograph, From Household to Schoolroom: Women, Gender, and Education in North Africa, Europe, and the Mediterranean, c. 1900-present.

Clancy-Smith has been a visiting professor at the American University in Cairo and the Université de Provence/CNRS in Aix-en-Provence; she also held the “Visiting Chair in Women’s Studies” at Marquette University. She was a scholar in residence at the National Humanities Center [North Carolina]; the Institute for Advanced Study, School of Social Science, Princeton; and the Woodrow Wilson International Center for Scholars, Washington, DC. She has lectured widely in Africa, the Middle East, and Europe and participated in numerous NEH summer institutes devoted to teaching World and Women’s History in relation to the Middle East/North Africa, Islam, and the Mediterranean.