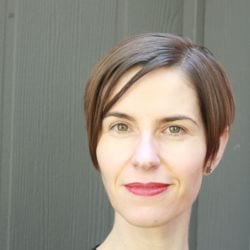 Julia Bryan-Wilson is the Doris and Clarence Malo Professor of Modern and Contemporary Art at the University of California, Berkeley; she also serves as the director of Berkeley’s Arts Research Center. She is the author of three books: Art Workers: Radical Practice in the Vietnam War Era (UC Press, 2009, a Choice Outstanding Academic Title); Art in the Making: Artists and Their Materials from the Studio to Crowdsourcing (Thames & Hudson, 2016, with Glenn Adamson); and Fray: Art and Textile Politics (U Chicago Press, 2017, winner of the ASAP Book Prize, the Frank Jewett Mather Award, and the Robert Motherwell Book Award). She edited the volume October Files: Robert Morris (MIT Press, 2013), and has co-edited two journal special issues (“Visual Activism,” Journal of Visual Culture, and “Time Zones: Durational Art in its Contexts,” Representations, both from 2016).

Currently acting as a consulting curator at the Museu de Arte de São Paulo, Bryan-Wilson has organized a number of shows, including co-curating Cecilia Vicuña: About to Happen, which opened at the Contemporary Arts Center New Orleans in 2017 and traveled to the Berkeley Art Museum, the Henry Art Gallery, and the Institute of Contemporary Art, Philadelphia.

Bryan-Wilson has published widely on practices as diverse as surveillance photography, independent video, feminist dance, queer performance, and amateur handicraft, bringing art historical attention to bear on forms of making across the high/low spectrum. Her article “Invisible Products” received the 2013 Art Journal award. She has held fellowships from the Center for Advanced Study in the Visual Arts, the Clark Art Institute, the Creative Capital/Andy Warhol Foundation, the Getty Research Institute, the Henry Moore Institute, the Mellon Foundation, the National Endowment for the Humanities, the Henry Moore Institute, and the Smithsonian Archives of American Art, among others. In 2014 she was the Terra Foundation Visiting Scholar in American Art at the Courtauld Institute of Art; and in 2018-19 she was the Robert Sterling Clark Professor at Williams College. She has received two awards in recognition of her outstanding teaching, as well as one for excellence in mentoring graduate student instructors.