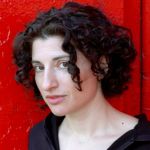 Julia Loktev was born in Leningrad (now St. Petersburg), Russia. When she was nine, her family immigrated to the United States, settling in Colorado. Ms. Loktev attended McGill University in Montreal, where she was a DJ at a campus-community radio station, which soon led to making her own audio art works, which soon led to film. She received an M.F.A. from the New York University Graduate Film Program.

Her first feature, the documentary Moment of Impact, which she shot and edited alone without a crew, won several prizes including the Directing Award at Sundance, the Grand Prize at Cinéma du Reél in Paris, Best Documentary at Karlovy Vary, and screened in numerous festivals including New Directors/ New Films, Locarno, Edinburgh, and Pusan. Moment of Impact is in the permanent film collection at the Museum of Modern Art.

Following Moment of Impact, she made a number of multiple-screen video installations that have been exhibited in a visual art context, including at Tate Modern in London, P.S.1 and Brooklyn Museum in New York, Haus der Kunst in Munich, Bienal de Valencia, Mito Art Tower in Japan. Her fiction feature Day Night Day Night, premiered in Directors Fortnight at Cannes in 2006, where it won the Youth Prize. It went on to win numerous other awards, including the Louve D’Or at the Montreal Festival du Nouveau Cinéma, Best New Director at the Chicago International Film Festival, the grand prizes at the Woodstock Film Festival and Boston Independent Film Festival, and the Someone to Watch prize at the Independent Spirit Awards. It was nominated for two Gotham Awards, Breakthrough Director and Breakthrough Actor. Day Night Day Night was theatrically released in the U.S. and Europe.

Julia Loktev lives and works in Brooklyn. She will use the Guggenheim Fellowship to work on a new fiction feature, The Loneliest Planet.