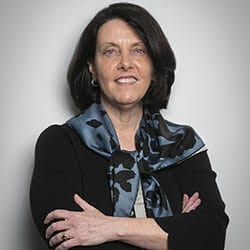 Julia Rudolph is Professor of History at North Carolina State University. She also regularly teaches seminars in legal history at Duke University School of Law. She is committed to interdisciplinary scholarship, drawing history together with law, gender studies, bibliography and media studies, and colonial studies. Her research has been supported by the Mellon Foundation, the National Endowment for the Humanities, and the Golieb Fellowship in Legal History at New York University School of Law. She has published numerous books and articles on the history of common law jurisprudence, legal publishing, jurisdiction and political economy. She is the author of two prizewinning articles on gender and evidence law. Her Guggenheim project focuses on the history of mortgage lending in the British Empire. This study investigates the evolution of mortgage doctrine, its wide impact on commercial and agricultural investment, and its influence in other areas of law such as women’s property rights, enslavement and inheritance. Professor Rudolph not only examines how secured lending became essential to the amassing of wealth across the empire, but also how foundational ideas about predatory lending, fraud, risk and unconscionable contracts developed at the same time that mortgage became a powerful engine of empire, capital and law.