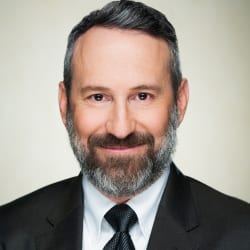 Justin B. Richland first started working with Native American Nations when he was still in law school at UC Berkeley’s Boalt Hall School of Law. While there, he found out about a unique clerkship program with the Hopi Appellate Court, started by a fellow student who was also a member of the Hopi tribe, Patricia Sekaquaptewa. Immediately he was struck by the unique opportunity he had to serve the interests of Native nations like the Hopi while also pursuing his burgeoning interest in the many ways in which law, language and culture interact in contemporary Native American governance.

Upon graduating from Boalt Hall in 1996, Justin found that the best way to continue this work was to pursue a PhD in linguistic anthropology, focusing his efforts on understanding the way Hopi and English languages were being used by litigants, lawyers, and judges to argue claims before the Hopi courts. By closely analyzing audio recordings kept by the Hopi courts, he was able to parse the complex ways in which Hopi legal actors were engaging each other, and in the process forging a unique Hopi jurisprudence that at once reflected on, and helped shape, the fabric of contemporary Hopi tribal sovereignty. Justin would publish the results of this work first in his PhD dissertation (completed in 2004), and then in a number of peer-reviewed journal articles in law, anthropology, Native American studies, and discourse studies. It is also the topic of his book, Arguing with Tradition, The Language of Law in Hopi Tribal Court (U. Chicago Press, 2008). He also has a book, co-authored with 2015 MacArthur Fellow Sarah Deer, a member of the Muscogee Creek Tribal Nation, entitled, Introduction to Tribal Legal Studies. 3nd Edition (Rowman and Littlefield, 2015), which at the time of its first publication, was the only textbook on contemporary tribal law, and which is still the only one specifically addressing members of tribal nations and tribal legal professionals.

Justin is Associate Professor of Anthropology at the University of Chicago, where he started in 2011 after 5 years at UC Irvine’s Criminology, Law and Society Department. In addition to his academic work, Professor Richland is co-founder and member of the Board of Directors of The Nakwatsvewat Institute, a Native American non-profit organization that offers dispute resolution and technical assistance services to native nations and their governments. From 2005-2009 Justin served as Justice Pro Tempore of the Hopi Appellate Court, the Hopi Nation’s highest court. He was re-appointed to the Hopi Appellate Court last year, this time as an Associate Justice.

In 2015 Justin began working with Dr. Alaka Wali, Curator of North American Anthropology at the Field Museum in Chicago on a project that would bring contemporary Native American artists and their work in contact with the Field’s ethnographic collection of Native American cultural property, with an eye toward staging exhibitions of contemporary Native American artwork alongside those materials. Today the project combines ethnographic, historiographic and humanistic inquiry to understand how the introduction of contemporary Native art, as well as a host of new legal and regulatory regimes concerning the status of Native American cultural property rights, are combining to fundamentally change how non-native museums engage in Native American ethnographic representation, and arguably the very meaning of Natural History more generally. This project is titled Open Fields: Aesthetics, ethics and the very idea of Natural History, and Justin intends on using his Guggenheim fellowship to write a book based on its findings.