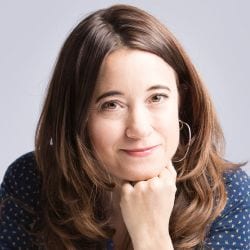 Hartman’s prose has appeared in the New York Times and the Washington Post. A New Dramatists alumna and former Playwrights Center McKnight Fellow, Hodder Fellow, and Fulbright Scholar, Hartman holds an MFA from the Yale School of Drama and a BA from Yale University. She has served as Senior Artist-in-Residence at University of Washington School of Drama for the past five years, and lives in Brooklyn with her family.

The Guggenheim Fellowship will support New Golden Age, part three in an American caste cycle (with Project Dawn and Good Faith) about social mobility and the law.

Forthcoming from Samuel French in 2019:
The Book of Joseph
Project Dawn
Roz and Ray