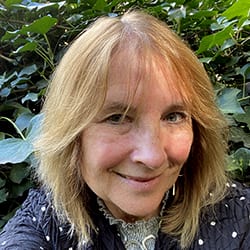 Kate Flint is Provost Professor of Art History and English at the University of Southern California.  With an M.A. from the Courtauld Institute and a B.A. and D.Phil. from Oxford University, she previously taught at Rutgers, Oxford, and Bristol universities.  Her areas of specialization include Victorian and early twentieth-century cultural, literary, and visual history.  She' author of Flash! Photography, Writing and Surprising Illumination (2017); The Transatlantic Indian 1776-1930 (2008); The Victorians and The Visual Imagination (2000) and The Woman Reader, 1837-1914 (1993). These last two books both won the British Academy' Rose Mary Crawshay prize. She has previously held an ACLS Fellowship, and Fellowships at the National Humanities Center and the Huntington Library.  She' currently President of the North American Victorian Studies Association. “The Long Today: Victorian culture and environmental change” explores Victorian fascination with close, attentive observation of the ordinary natural world, examining how this relates to today' environmental crises. Through the lens of contemporary artists and poets who deploy Victorian themes and motifs in their environmentally self-conscious work, she discusses the slow violence of environmental damage that was latent in 19th-century representations, assessing the temporalities and scales through which we understand ecological change.