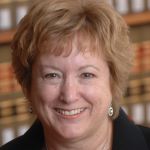 Professor Katherine Stone is a leading expert in labor and employment law in the United States. In addition to her Guggenheim Fellowship, she was awarded a Russell Sage Fellowship for 2008-2009 for her work on the changing nature of employment and the regulatory implications. Her forthcoming book, Globalization and Flexibilization: The Remaking of the Employment Relationship in the 21st Century, will examine the changing employment landscape in Japan, Australia, and Europe.

Professor Stone’s recent book, From Widgets to Digits: Employment Regulation for the Changing Workplace (Cambridge UP, 2004) won the 2005 Michael Harrington Award from the American Political Science Association for the "outstanding book that best links scholarship to struggles for justice in the real world." The book was also the Finalist (Second Place) for the C. Wright Mills Award from the Society for the Study of Social Problems. Her latest book, Rethinking Comparative Labor Law: Bridging the Past and the Future (with Benjamin Aaron, eds.), was published in  2007. Earlier books by Professor Stone include Arbitration Law (Foundation Press, 2003) and Private Justice: Alternative Dispute Resolution and the Law (Foundation Press, 2000).

Other recent scholarship by Professor Stone includes "The Missing Link: Impact of Global Competition on Labor Standards in the United States," to be published in Globalization Comes Home: How the United States is Being Transformed by Globalization (Beverly Crawford & Michelle Bertho, eds., 2007); "The Future of Labor and Employment Law in the United States," to be published in Encyclopedia of Labor and Employment Law and Economics (Elger Publishing, Dau-Schmidt, et. al. eds.); "A New Labor Law for a New World of Work: The Case for a Comparative-Transnational Approach,"  Comparative Labor Law & Policy Journal, 28:565 (2007); "Revisiting the At-Will Doctrine: Imposed Terms, Implied Terms, and the Normative World of the Workplace,"  Industrial Law Journal, 36:84 (2007); "Legal Protections for Workers in Atypical Employment Relationships,"  Berkeley Journal of Employment and Labor Law, 27:251 (Fall 2006); and "Flexibilization, Globalization and Privatization: Three Challenges to Labor Rights in Our Time,"  Osgoode Hall Law Journal, 44:77-104 (2006).

Professor Stone is the Founder and Editor of the Globalization and Labor Standards (GALS) Bibliographic Archive and Database,  a web-based annotated reference service that has been in operation since 2000, and contains abstracts of journal articles about international labor rights and global labor standards.