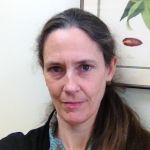 Her research addresses interactions between genotypes and environments and the genetic basis of adaptation.  She focuses on how a given genotype can produce diverse physiology, behavior, or morphology as a function of the environmental conditions it experiences—a phenomenon called phenotypic plasticity.  She studies how plants perceive and respond to environmental cues through phenotypic plasticity, the genetic pathways that regulate plasticity, and how those pathways influence the ability of plants to inhabit variable environments across their range and in response to climate change.  Current projects address genetic mechanisms of plant responses to seasonal environmental cues, and how those responses influence plant fitness, adaptation, and population performance.

She has been elected as a Fellow of the American Association for the Advancement of Science for distinguished contributions to the field of ecological genetics, especially regarding interactions between genotypes and environments at the level of whole organisms and populations.  She was also elected to the Executive Council of the American Society of Naturalists, to the Council of the Society of Study of Evolution, and to the Multinational Arabidopsis Steering Committee.  She has been a Bullard Fellow of the Harvard Forest at Harvard University, and a visiting Professor at the University of Montpellier and at the Max Planck Institute for Plant Breeding.  She has served on the editorial boards of the journals Evolution, The American Naturalist, BioScience, Journal of Evolutionary Biology, and Evolutionary Ecology.