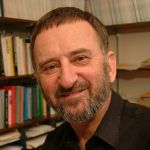 Keith Holyoak, cognitive scientist, poet, and translator of classical Chinese poetry, was raised on a dairy farm in British Columbia, Canada. Currently a Distinguished Professor of Psychology at the University of California, Los Angeles, his scientific work focuses on the nature of human thinking and its basis in the brain. He received his B.A. from the University of British Columbia in 1971 and his Ph.D. from Stanford University in 1976. He was on the faculty of the University of Michigan from 1976 to 1986, and then joined the Department of Psychology at UCLA. Dr. Holyoak is a Fellow of the American Association for the Advancement of Science, the American Psychological Society, the Cognitive Science Society, and the Society for Experimental Psychology. He has served as Chair of the Governing Board of the Cognitive Science Society, Editor of Cognitive Psychology, and Senior Editor of Cognitive Science.

Dr. Holyoak is the coauthor or editor of several books, including Induction: Processes of Inference, Learning and Discovery (MIT Press, 1986), Mental Leaps: Analogy in Creative Thought (MIT Press, 1995), Structure and Functions of the Human Prefrontal Cortex (New York Academy of Sciences, 1995), The Analogical Mind (MIT Press, 2001), and The Cambridge Handbook of Thinking and Reasoning (Cambridge UP, 2005). He is currently editing The Oxford Handbook of Thinking and Reasoning, projected to be published in 2012.

In his parallel career as a poet, Dr. Holyoak’s poems and translations have been published in numerous literary magazines in North America, Europe, and New Zealand, including The London Magazine, Envoi, Candelabrum Poetry Magazine, Orbis, Flaming Arrows, Literary Imagination, The Lyric, Measure, Raintown Review, Poetry Salzburg Review, Poetry NZ, and Trinacria. His spoken-word poetry CDs have been produced by Broken Electric Records. A collection of his translations, Facing the Moon: Poems of Li Bai and Du (Oyster River Press), appeared in 2007. The first collection of his own poems, My Minotaur: Selected Poems 1998-2006, was published by Dos Madres Press in 2010.