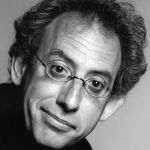 Ken Kalfus is the author of two collections of stories, Thirst and Pu-239 and Other Russian Fantasies, and two novels, The Commissariat of Enlightenment and A Disorder Peculiar to the Country, which was a finalist for the 2006 National Book Award. A film adaptation of his story "Pu-239" was aired on HBO in 2007.

He is currently working on a new novel.

Born in New York, Mr. Kalfus has also lived in Paris, Dublin, Belgrade, and Moscow. He now lives with his wife and daughter in Philadelphia.