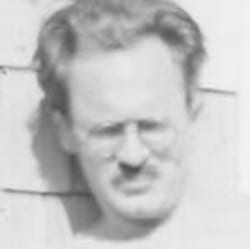 BURKE, KENNETH:  Appointed for the writing of a book outlining and characterizing world outlooks that have prevailed in the past, with particular attention to the emergence and disintegration of such outlooks; tenure, twelve months from May 15, 1935.

Member of the editorial staff, 1921–29, The Dial; engaged in research and editorial work, 1926–29, for the Laura Spelman Rockefeller Memorial, and the Bureau of Social Hygiene.