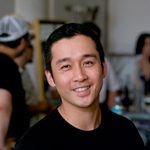 After graduating from Boston Latin School, America's first public school, Ken left for NY in 1994 to study film at the School of Visual Arts.  His thesis: "Scratching Windows", a short documentary film about graffiti writers, was broadcast on WNET as part of Reel NY's 4th Season (NY local PBS).  In 2001, Ken directed and edited "Take Me to The River" a feature length documentary about the Maha Kumbh Mela festival shot in Allahabad, India.  In 2006, "Kokoyakyu: High School Baseball",  a film about the famous Koshien Tournament in Japan, was nationally broadcast as part of PBS's prestigious documentary showcase, POV.  In 2007, Ken was awarded the Guggenheim Fellowship to launch "My Life In China", a film that retraces his father's epic journey to America in search of a better life.

Art, for me, in its simplest form is communication. I've dedicated my life to making documentary films that feature extraordinary stories of real people that communicate from the heart and inspire others.

I put as much emphasis on the process as the result.  When I immerse myself in a different world, my agenda is to make a real connection with whoever I'm documenting.  My goal is to build trust and friendship.  That initial connection continues after the film has been made - all the way to the viewer's heart.

If I touch someone's heart with my work, I've done my job as an artist.