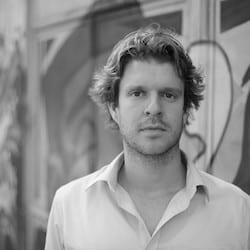 Kevin Lewis O’Neill is the Director of the Centre for Diaspora and Transnational Studies and Professor in the Department for the Study of Religion at the University of Toronto.

His current project considers clerical sexual abuse in Latin America, with a focus on Roman Catholic priests who moved (or were moved) from the United States to Central America to evade suspicion and, at times, prosecution.

Learn more about O’Neill’s research and publications on his website.