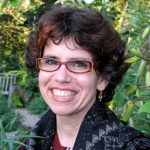 Holding a pencil close to the point, carefully forming each letter, soon after I learned to write I began appropriating lined notebooks to arrange words into stories. I am the child of an American mother and Indian father and grew up at a crossroads of cultures and narrators in what was then Bombay. The trails opened out by many kinds of oral and written stories beckoned me to listen, read, record, rethink, retell, and write. When I received scholarships to attend Sarah Lawrence College, I learned further ways to think about stories through classes in anthropology, folklore, literature and creative writing. I went on to study cultural anthropology and folklore at the University of California—Berkeley and received a Ph.D. in 1987.

Storytellers, Saints and Scoundrels: Folk Narrative in Hindu Religious Teaching (Pennsylvania/Motilal Banarsidas, 1989) emerged from the dissertation that I wrote with the support of Charlotte W. Newcombe Doctoral Dissertation Fellowship. I explored how and why narrative is used in religious instruction through an ethnography about Swamji, a self-professed “topsy-turvy holy man” in Nasik, Western India; the stories about holy men like himself that he told; and how varied groups of disciples interpreted these tales. Storytellers, Saints and Scoundrels was awarded the 1990 Victor Turner Prize for Ethnographic Writing from the American Anthropological Association and was co-winner of the 1990 Elsie Clews Parsons Prize for Folklore from the American Folklore Society.

Thanks to a Guggenheim Fellowship (along with fellowships from the Social Science Research Council and the School of American Research), I wrote Mondays on the Dark Night of the Moon: Himalayan Foothill Folktales in collaboration with Urmila Devi Sood (Oxford 1997). The field research I drew on for this book was supported by the National Endowment for the Humanities and the American Institute of Indian Studies, and is part of my larger, long-term work on oral traditions in Kangra, Northwest India. I also found inspiration from these Kangra field materials for articles, essays, and short stories. With further support from NEH and AIIS, I’m now completing a second book that highlights Kangra village women’s (now waning) practice of collective singing at celebratory events, and in especially their songs that retell episodes in the domestic lives of Hindu goddesses and gods. I’m interested in how, though songs often describe difficulties in the lives of the female characters, women often describe singing as “making the mind glad.” Their insights have led me to contemplate larger issues of creativity and well-being.
My interest in stories has taken me to genres beyond ethnography. I wrote a novel Love, Stars and All That (Pocket/Penguin India/Piatkus, 1994) that’s about an Indian graduate student at Berkeley and her quest for love; though it’s fiction and seems to have mostly disappeared, I still occasionally find myself correcting friends who’ve confused the heroine’s experiences with my own. Moving to nonfiction, I wrote a family memoir, My Family and Other Saints (Chicago/Harper-Collins India, 2007), that strings some family stories chiseled through many retellings along the thread of transnational spiritual quests in the 1960s.

Moving between ethnography, fiction and creative nonfiction, and teaching ethnographic writing in classes and workshops across many years, I tried to organize what I’d learned. In the process, I found unexpected inspiration from Anton Chekhov. The book that emerged is Alive in the Writing: Crafting Ethnography in the Company of Chekhov (Chicago, 2012).

Through the years, I have served on a range of committees, including fellowship selection committees for the National Endowment for the Humanities, for the American Institute of Indian Studies, for the Library of Congress-NEH Kluge Fellowships Program, and for the preliminary selection committee reviewing Charlotte W. Newcombe Doctoral Dissertation Fellowships. Since 2001, I have also been a general editor for the Series in Contemporary Ethnography at the University of Pennsylvania Press.