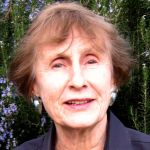 Kit Reed is a novelist who began as a reporter, first for the St. Petersburg Times and then for the New Haven Register.  Her first novel, Mother Isn't Dead She's Only Sleeping, was published in 1961.  Subsequent novels include At war As Children, The Better Part, Cry of the Daughter, Captain Grownup, Catholic Girls, J. Eden, Thinner Than Thou, Little Sisters of the Apoclypse, and Enclave.  As Kit Craig she is the author of Gone, Twice Burned and other psychological thrillers published here and in the U.K.  Her short stories are often anthologized.  her collections include Thief of Lives and, most recently, Dogs of Truth.  Her work has appeared in publications as varied as The Yale Review, The Magazine of Fantasy and Science Fiction, Omni, The Kenyon Review, Gargoyle and The Norton Anthology of Contemporary Literature.

She has been a Rockefeller fellow at the Aspen Institute and was the first American recipient of a five-year literary fellowship from the Abraham Wursell Foundation.  Her novel Thinner Than Thou was a winner of the ALA Alex Award, and her books Weird Women, Wired Women and Little Sisters of the Apocalypse were finalists for the Tiptree Prize.

A member of the board of the Authors League Fund, she serves as Resident Writer at Wesleyan University, where she works with undergraduate fiction writers.  She and her husband, Joseph Reed, an artist and writer, have three adult children and four grandchildren.