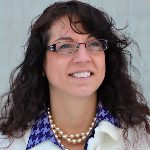 Kristen Ghodsee earned her Ph.D. at UC Berkeley and is the Director and John S. Osterweis Associate Professor in Gender and Women’s Studies at Bowdoin College.  Her research interests include the gendered effects of the economic transition from communism to capitalism and the ethnographic study of postcommunist nostalgia in Eastern Europe.  Primarily focusing on the southeast European country of Bulgaria, Ghodsee has spent over fifteen years examining the impacts of the transition process on the lives of ordinary men and women.  Her early ethnographic research focused on women’s labor in the postsocialist Bulgarian tourism industry and on the effects of political transition on Bulgaria’s Muslim minorities, particularly the Pomaks (or Slavic Muslims).  Her later works have been heavily influenced by humanistic anthropology; Ghodsee has experimented with ethnographic fiction, autoethnography, and photoethnography to produce more intimate narratives and images of the disorienting impacts of the collapse of communism on daily life.

Kristen Ghodsee is the author of four books and over two dozen articles, including The Red Riviera: Gender, Tourism and Postsocialism on the Black Sea (Duke University Press, 2005) and Muslim Lives in Eastern Europe: Gender, Ethnicity and the Transformation of Islam in Postsocialist Bulgaria (Princeton University Press 2010), which won the 2010 Barbara Heldt Book Prize, the 2011 John D. Bell Book Prize, the 2011 Harvard Davis Center Book Prize, and the 2011 William Douglass Prize for Best Book in Europeanist Anthropology.  She is also the co-author of Professor Mommy: Finding Work/Family Balance in Academia (Rowman & Littlefield, 2011).  Her most recent monograph is Lost in Transition: Ethnographies of Everyday Life After Communism (Duke University Press, 2011), which won the 2011 Ethnographic Fiction Prize from the Society for Humanistic Anthropology (for the short story “Tito Trivia”).

Her research in Eastern Europe has been supported by: the National Science Foundation (NSF), Fulbright Foundation, the National Council on Eurasian and East European Research (NCEEER), the International Research and Exchanges Board (IREX), and the American Council of Learned Societies (ACLS).  Kristen Ghodsee has also won residential research fellowships at the Woodrow Wilson International Center for Scholars in Washington, D.C.; the Max Planck Institute for Demographic Research in Rostock, Germany; the Institute for Advanced Study in Princeton, New Jersey, and the Radcliffe Institute for Advanced Study at Harvard University.

As a Guggenheim Fellow, Ghodsee will be investigating the history of the communist-era Bulgarian women’s movement and its influential role among progressive African women between 1968 and 1990.