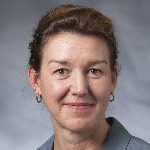 Laura F. Edwards received her Ph.D. from the University of North Carolina, Chapel Hill, and is now Professor of History at Duke University.  Her interests focus on race, gender, labor, and law, especially in the nineteenth-century U.S. South.  She is currently working on a legal history of the Civil War and Reconstruction tentatively titled A Nation of Rights, which is under contract to Cambridge University Press.  Most recently, she is the author of The People and Their Peace:  Legal Culture and the Transformation of Inequality in the Post-Revolutionary South (University of North Carolina Press, 2009), which was awarded the American Historical Association’s 2009 Littleton-Griswold prize for the best book in law and society and the Southern Historical Association’s Charles Sydnor prize for the best book in Southern history.  In addition, she is author of Scarlett Doesn't Live Here Anymore: Southern Women in the Civil War Era (University of Illinois Press, 2000); and Gendered Strife and Confusion: The Political Culture of Reconstruction (University of Illinois Press, 1997).  She has written numerous articles and essays, including “Status Without Rights:  African Americans and the Tangled History of Law and Governance in the Nineteenth-Century U.S. South,” American Historical Review 112 (April 2007).  Among the fellowships she has received are a Rockefeller Foundation Fellowship, National Humanities Center; a Mellon Postdoctoral Fellowship in the Humanities, the Newberry Library; and an NEH Postdoctoral Fellowship for University Professors.  She also has been honored with the Howard D. Johnson award for distinguished undergraduate teaching, given by the College Arts and Sciences at Duke University.  She has served as President of the Southern Association of Women Historians, as a member of the Board of Directors for the American Society for Legal History, and as a member of the Executive Board of the Southern Historical Association.