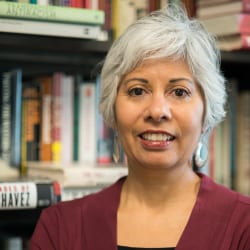 Working at the intersection of critical human geography and ethnic studies, I study how working class communities of color are shaped by capitalism and state domination and how they mobilize to resist. I am particularly interested in how such people articulate their racial and class politics, the spatiality of those processes, and how they are manifest in the landscape. I have explored these fundamental questions through a variety of lenses, including environmental justice, radical politics, labor activism, tourism, and racial identity. To date, all of my research has been located in the southwestern U.S., with a particular focus on Los Angeles. My publications include Environmentalism and Economic Justice: Two Chicano Struggles in the Southwest (University of Arizona 1996), which explores how Chicana/o communities experience and mobilize around environmental concerns. In Black, Brown, Yellow and Left: Radical Activism in Los Angeles (University of California 2006), I argued that distinct processes of racialization among various communities of color lead to particular forms of radical politics. A People’s Guide to Los Angeles (co-authored with Laura Barraclough and Wendy Cheng) (University of California, 2012), is a radical tour guide that highlights sites of racial, class, gender, and environmental struggle in the history and landscape of Los Angeles and signals my commitment to public scholarship. A People’s Guide is now a University of California book series and we hope to publish radical tour books for the major cities of the world.

During my Guggenheim tenure I will work on a project called, Sangre en la Tierra (Blood in the Soil), which attempts to develop a methodology for encouraging cities to grapple with their histories of foundational racial violence. Using Los Angeles as case-study, I explore the geography and history of Spanish and Anglo-American colonization, how these histories and landscapes have been sterilized, and how we can use place and landscape to reconnect to the past and create new cultural memories that bring us closer to the truth and thereby one step closer towards racial justice.