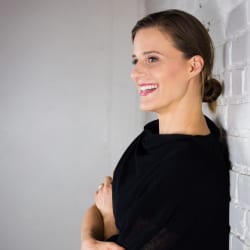 Lauren Groff is the author of five books. Her novels are The Monsters of Templeton, a finalist for the Orange Prize for New Writers, Arcadia, a finalist for the L.A. Times Book Prize, and Fates and Furies, a finalist for the National Book Award, National Book Critics Circle Prize, and Kirkus Prize, as well as a New York Times Notable book of 2015 and translated into thirty languages. Her story collections are Delicate Edible Birds, and the forthcoming Florida. Her short stories have won Pushcart and O. Henry awards and have appeared in many journals, including the New Yorker, the Atlantic, Tin House, and Ploughshares, as well as five editions of the Best American Short Stories anthology, and 100 Years of the Best American Short Stories. In 2017, she was named one of Granta’s Best of Young American Novelists. She has a B.A. from Amherst College and an M.F.A., from the University of Madison-Wisconsin and has taught on the faculty of the MFA Program for Writers at Warren Wilson and the Bread Loaf Writers’ Conference. She lives in Gainesville, Florida, with her family.