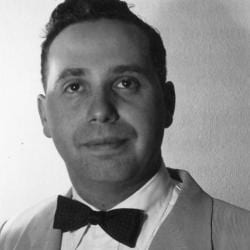 Professor Emeritus Lawrence (Larry) Wilets was born on January 4, 1927, in Oconomowoc, Wisconsin. He graduated as valedictorian from Burlington (Wisconsin) High School in 1944. He served in the U.S. Navy in 1944-45, and earned a B.S. from the University of Wisconsin, Madison, in 1948. He received a master’s degree in 1950 and a Ph.D. in 1951 from Princeton University, where he was a National Science Foundation (NSF) predoctoral fellow. After spending time with Project Matterhorn at Princeton (1951-53) and Lawrence Radiation Lab, Livermore (1953), he held a NSF postdoctoral fellowship (1953-55) at the Institute for Theoretical Physics in Copenhagen. He was a staff member at Los Alamos National Lab from 1955 to 1958, but spent 1957-58 at the Institute for Advanced Study in Princeton. In 1958 he was appointed Associate Professor at the University of Washington, and was promoted to Professor in 1962. He retired as Professor Emeritus in 1995.

He held a number of visiting positions while at UW: at the Weizmann Institute of Science in Israel (1961-62) as a NSF senior postdoctoral fellow; at Princeton University (1969); at Cal Tech (1971); in Lund, Sweden (1976), as a Nordita Professor and again at the Weizmann Institute (1977), both during his Guggenheim Fellowship term; at LBL, Berkeley, and SLAC, Stanford, during his 1987-88 sabbatical; at the University of Melbourne (1989) as the Sir Thomas Lyle Fellow; and at several German universities, as the recipient of the von Humboldt Senior U.S. Scientist Award.

Larry Wilets is a member of Phi Beta Kappa, Sigma Xi, and the Federation of American Scientists, and is a Fellow of both the American Physical Society and the American Association for the Advancement of Science. He published two books and more than 180 papers on atomic, nuclear, and particle physics. Of special note is his paper “A Method for Automatic Computation of Stellar Evolution,” which introduced the Henyey-Wilets numerical algorithm that is now standard for stellar structure calculations. He presented numerous lectures on his work around the world and has had collaborators and colleagues from many countries.

He married Dulcy Elaine Margoles in 1947 and had three children: Ilanna (now Schwalbe), Edward, and James, and six grandchildren. They were divorced in 1976.

In 1976 he married Vivian C. Wolf, who was a Professor of Nursing (now Professor Emerita) at the University of Washington. She chaired the department of Psychosocial Nursing for five years.