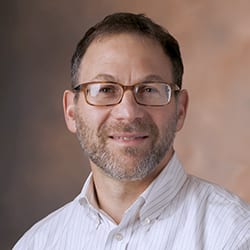 Leor Halevi is a historian of Islam at Vanderbilt University in Nashville, Tennessee. His research focuses on interconnections between law and praxis in radically different historical contexts, medieval and modern. In his first book, Muhammad's Grave: Death Rites and the Making of Islamic Society (Columbia University Press, 2007), he examines the rise of Muslim funerary laws and practices in Arabia, Mesopotamia, and the eastern Mediterranean world during the seventh and eighth centuries. In Modern Things on Trial: Islam's Global and Material Reformation in the Age of Rida, 1865-1935 (Columbia University Press, 2019), he analyzes how Muslim reformers and their critics turned to the shari'a for ideological guidance as they became increasingly entangled in a world of imperial goods. His next book, supported by a Guggenheim Fellowship and under contract with Harvard University Press, will explore how Saudi originalists known as Salafists formulated an ethic in response to globalization. Photo Credit: Steve Green, Vanderbilt University Studio