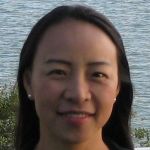 Li Zhang is an associate professor of anthropology and Chancellor’s Fellow at the University of California, Davis. She received her doctoral degree from Cornell University and a M.A. and a B.A. from Peking University. She was a postdoctoral fellow at the Fairbank Center for East Asian Studies at Harvard University. As a cultural anthropologist, Ms. Zhang’s research explores the multifaceted consequences of market reforms in post-Mao China. Her published work has earned her the distinction of being a leading scholar of Chinese studies, urban studies, and postsocialism. Her first book, Strangers in the City: Reconfigurations of Space, Power, and Social Networks within China’s Floating Population (Stanford, 2001), won the prestigious Robert E. Park Book Award for the most distinguished book-length research monograph in urban and community studies published in that year. This book is a study of the profound reconfigurations of space, power, and urban citizenship in post-Mao China as a result of massive internal labor migration. Her articles have appeared in several leading anthropological journals such as American Ethnologist, Current Anthropology, Public Culture, and Urban Anthropology. Recently Zhang has completed a new book, In Search of Paradise: Middle Class Living and Activism in a Chinese Metropolis (Cornell, forthcoming). It is a vivid ethnographic account of how the rise of private home ownership and the reconfiguration of urban communities reshape class-specific subjects, public/private sphere, and postsocialist governing.

Ms. Zhang’s research has been funded by a Fulbright-Hays, the Committee on Scholarly Communication with China, the Wenner-Gren Foundation, among others. She has been invited to give lectures at Harvard, Stanford, Chicago, Princeton, Columbia, MIT, UC Berkeley, Yale, University of Michigan, among others. She has also been selected as a fellow at the Center for Advanced Study in the Behavioral Sciences in Stanford. During her Guggenheim Fellowship term, she will be studying the rise of psychotherapy in post-reform China.