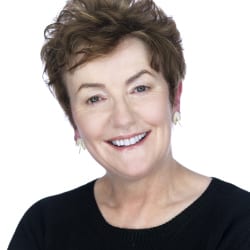 Linda Colley is currently Shelby M.C.Davis 1958 Professor of History at Princeton University, but has lived a transatlantic existence. Born in the UK, she earned her BA from Bristol University, and her MA and Ph.D. at the University of Cambridge. Teaching at the latter institution until 1981, she then moved to Yale where she became a University Professor. From 1997-2003, she was a Research Professor at the London School of Economics, and moved to her present position in 2003. She is a Fellow of the British Academy and the Royal Society of Literature; and was made a C.B.E. in the UK for her services to history. She holds five Honorary Degrees. Her books include In Defiance of Oligarchy: The Tory Party 1714-1760 (1982) Namier (1988), Britons: Forging the Nation, 1707-1837 (1992), which won the Wolfson Prize, Captives: Britain, Empire and World 1600-1850 (2002), The Ordeal of Elizabeth Marsh: A Woman in World History (2006), which was named one of the ten best non-fiction books of the year by the New York Times, and Acts of Union and Disunion (2014). The latter was based on fifteen lectures she delivered on BBC Radio 4 in advance of the referenda in the UK on Scottish independence and BREXIT. She has organized major exhibitions at the British Library in London and the Yale Center for British Art in New Haven, and she is a member of the Research Board of the British Museum and the Research Committee of the New York Public Library. She writes occasionally for the London Review of Books, the New York Review of Books and the Financial Times.

As a Guggenheim Fellow, Colley will be completing a book on war and words: how rising levels of conflict after 1750 fostered the world-wide spread of new constitutions.