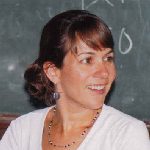 Lisa Lindsay’s academic interests situate African history in broad comparative contexts.  Her first book, Working with Gender: Wage Labor and Social Change in Southwestern Nigeria (Heinemann, 2003), begins with an Africanist observation—that the Yoruba-speaking women of southwestern Nigeria are well known for their history of active market trading and financial independence from men—and then asks a comparative question: What happened to gender relations when men began working for wages, as they did under colonialism in southwestern Nigeria?  Did the broad North American and Western European pattern—including ideologies of male breadwinners, among other things—take shape elsewhere as well?  If so, why?

In this current project, Lindsay links African and United States history, tracing the life history of an African American man who left South Carolina for West Africa in the 1850s, looking for his roots.  In his journeys from the antebellum South to Liberia and then present-day Nigeria and his participation in warfare, mission Christianity, and early colonialism, this little-known figure highlights the place of diasporic people in the history of colonial Africa and illuminates the comparative history of slavery, freedom, and citizenship in different parts of the Atlantic world.

Lisa Lindsay received her Ph.D. in 1996 from the University of Michigan and is currently an Associate Professor in the History Department at the University of North Carolina, Chapel Hill.  Her work has been supported by the NEH, the ACLS, and the National Humanities Center.  She has published articles in the American Historical Review, Journal of African History, Journal of Women’s History, and Slavery and Abolition, as well as a textbook on the Atlantic slave trade called Captives as Commodities (Pearson, 2008) and a co-edited volume with Stephan Miescher, Men and Masculinities in Modern Africa (Heinemann, 2003).  The Black Atlantic and the Biographical Turn, co-edited with John Wood Sweet, is forthcoming.