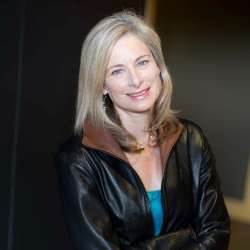 Lisa Randall studies theoretical particle physics and cosmology at Harvard University, where she is Frank J. Baird, Jr. Professor of Science. Randall’s physics research connects theoretical insights addressing puzzles in our understanding of the properties of matter, the Universe, and space. Her work has improved our understanding of the Standard Model of particle physics, extra dimensions of space, cosmological inflation, dark matter, and many other aspects of particle physics and cosmology. In addition, Professor Randall’s books for popular audiences bring complex science to life. Her latest book, Dark Matter and the Dinosaurs, is a sweeping evolution of the Universe, the Milky Way, the Solar System and of life.

Professor Randall’s research has made her among the most cited and influential theoretical physicists and she is the recipient of many awards and honors for her accomplishments. Randall has also contributed to the arts in writing the libretto, Hypermusic Prologue: A Projective Opera in Seven Planes which premiered at Paris’s prestigious Centre Pompidou and through curating an art exhibit for the Los Angeles Art Association. Professor Randall is a highly sought after public speaker across the globe. She was on the list of Time Magazine’s “100 Most Influential People” of 2007, and was one of 40 people featured in The Rolling Stone 40th Anniversary issue in Newsweek’s “Who’s Next in 2006”.

Randall is also the author of Warped Passages (2005) and Knocking on Heaven’s Door (2011), which were both featured on the New York Times’ lists of “100 Notable Books.” Her e-book, Higgs Discovery: The Power of Empty Space, was published in 2012 and released as a Kindle Single and subsequently in paperback.