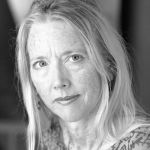 A new collection of her poems, Orexia, is due out from Persea Books in 2017. She is also editor and introducer of the forthcoming anthology The Mind of Monticello: Fifty Contemporary Poets on Jefferson (University of Virginia Press, 2016). Her work has appeared in many literary quarterlies and journals, including Boston Review, Denver Quarterly, Image, Kenyon Review, Paris Review, Ploughshares, Poetry, Slate, Shenandoah, Southwest Review, Virginia Quarterly Review, Yale Review, and elsewhere. The recipient of awards from the Academy of American Poets and the Virginia Commission for the Arts, Spaar is the founder and Director of the Area Program in Poetry Writing at the University of Virginia, where she is Professor of English, an Advising Fellow, and the winner of the Jefferson Scholar Foundation Faculty Award for 2013–2014, an All-University Teaching Award (2009), a Harrison Award for Undergraduate Advising, and a Mead Honored Faculty Award. In addition to her Guggenheim Fellowship, she was awarded the Carole Weinstein Poetry Prize (2011), the 2009 Library of Virginia Award for Poetry, the Pushcart Prize, and a 2010 Outstanding Faculty Award of the State Council of Higher Education for Virginia. She is one of three national finalists for the 2016 Robert Foster Cherry Award for Great Teaching. She won an additional Pushcart Prize in 2016, and is now NEH Horace W. Goldsmith Distinguished Teaching Professor at the University of Virginia (2016-2018). Her essays and reviews have appeared in the New York Times, Chronicle of Higher Education, Los Angeles Review of Books, and elsewhere.

Spaar's anthology of poems about Jefferson, Monticello in Mind: Fifty Contemporary Poems on Jefferson, appeared from the University of Virginia Press in late 2016. Her new book of poems, Orexia, appeared in February 2017, with Persea Books.

The poems in the slide show appear in The Land of Wandering:  Exquisite History, Volume 1 (The Printmakers Left / University of Virginia Press, 2005).