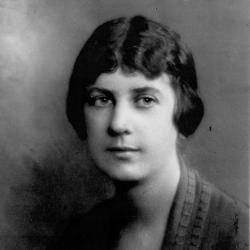 Whitney, Lois:  Appointed to study the inter-relations of the partly conflicting, partly converging ideas of progress and primitivism, especially as they are illustrated by English literature of the eighteenth century; tenure, twelve months from June 15, 1929.