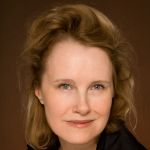 Lorraine Adams is a novelist, critic, and Pulitzer Prize–winning journalist.  Her work is engaged in the encounter between the American enterprise and those caught in violent conflict in the Islamic world.

Her first novel, Harbor (Knopf, 2004), centers on North African Arab stowaways.  Critically acclaimed in pubications such as the New Yorker, New York Times, Washington Post, Esquire, The Guardian, and the Times of London, among others, it won the Los Angeles Times Book Award for First Fiction and the Virginia Commonwealth University's First Novelist Award in 2004. It was selected as one of the  New York Times Book Review's Best Books of 2004, as a 2004 Washington Post Notable Book, as Entertainment Weekly's Best Novel of 2004, and as Annie Proulx's Book-of-the-Month Club Selection in 2004.  It was short listed for The Guardian First Book Award and long-listed for the Orange Prize in 2006.  Her second novel, The Room and the Chair (Knopf, 2010), which took her to Iran, Afghanistan, and Pakistan to chart the life of an American fighter pilot, undermines the clichés of power and plot common to the Washington genre thriller.

Adams was a writer-in-residence at Eugene Lang College, the undergraduate college at The New School, and has been a regular contributor to the New York Times Book Review, where she specializes in reviewing foreign fiction, particularly from the Muslim world.