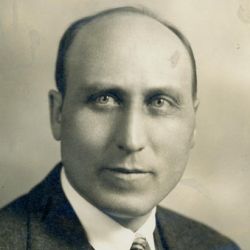 Bredvold, Louis I.: Appointed to complete studies of the intellectual biography of John Dryden, his relation to the new science, to religious controversies, to political currents, and in general to seventeenth century thought; including investigations of manuscript sources in England and the Vatican; tenure, twelve months from September 1, 1929.