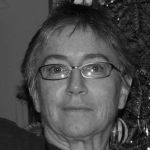 Louise McReynolds earned her Ph.D. from the University of Chicago in 1984. Fleeing the Windy City for Paradise, she taught for more than twenty years at the University of Hawai’i, where she also sat on the joint steering committee with members of the East West Center and developed a Certificate Program in Cultural Studies. Hearing the Song of the South, though, she moved to the University of North Carolina at Chapel Hill in 2006 and was promptly elected president of the Southern Slavic Conference.

Her research focused on the development of middlebrow culture in late imperial Russia, McReynolds’s books include The News Under Russia’ Old Regime (Princeton UP, 1991) and Russia at Play: Leisure Activities at the End of the Tsarist Era (Cornell UP, 2003), which won the Norris Hundley Prize from the Pacific Coast Branch of the American Historical Association. She edited, with Joan Neuberger, Imitations of Life: Two Centuries of Melodrama in Russia (Duke UP, 2001), and translated, among other manuscripts, the sensational “women’s novel” from 1910: Evdokiia Nagrodskaia’s The Wrath of Dionysus (Indiana UP, 1998), which won the Heldt Prize from the American Association for Women in Slavic Studies. In addition, she has published numerous book chapters and articles in, for example, Slavic Review, Journal of Popular Culture, and Radical History Review. Her research has been supported by the Institute for Advanced Study, the National Endowment for the Humanities, the Social Science Research Council, the National Council on East European and Eurasian Research, the National Humanities Center, the Kennan Institute, Fulbright-Hays, and the International Research & Exchanges Board.

McReynolds has moved from newspapers to night clubs to the newly deceased. She will spend her year as a Guggenheim Fellow finishing her manuscript on the multiple meanings of sensational murder for Russians, following the addition of jury trials to the legal system in 1864: “Murder Most Russian: True Crime and Punishment in Late Imperial Russia.”